The Tékumel Club <<< How to Order

What is The Tékumel Club?

The Tékumel Club was set up to help support our range of Tékumel miniatures. Club members are asked to make a donation to the Tékumel Project. This is usually done via PayPal, though some members prefer to send personal checks of money orders.

The purpose of the fee is to help off-set the cost of the sculpting, which is the greatest single cost in the manufacturing process.

A typical 28mm figure can cost $300-$350US, or more depending upon the sculptor - though there are ways of reducing these costs through the use of blanks or dollies.

All monies from the club memberships are put towards the fees paid to sculptors and other artists producing Tékumel materials.

Joining The Tékumel Club grants the member a discount on miniatures sold through the club:

* "Molkar" is a rank in the Tsolyani army roughly equivalent to a Major.


To Join send a PayPal payment to:

or send a cheque or M.O. made out to Howard Fielding to:


About the Tékumel Project

Our miniatures are offered for sale through the Tékumel Club to members and non-members alike, though - as they say - membership does have it's privileges!

Note that our miniatures may contain lead and have sharp points. Our miniatures are not meant for children or to be ingested.

Do Not Eat Our Miniatures!

Also note that in some instances where the miniatures are intended to be armed with spears, darts or javelins - that these are not included. This is because often these weapons are too fine to cast properly, or if cast, are not really suitable for gaming with - which is the primary purpose of our miniatures! In these cases the customer must supply their own spears. We recommend wire spears, commonly available from a variety of sources or fashioning spears from brass wire which can be found in many good Hobby Shops.

Use the page tabs in the SHOP column at the upper right to navigate between the various categories:

The Palace of the Realm - Being subjects from the World of Tékumel that are non-military in nature: civilians, flora and fauna - and the like.

The Palace of the Priesthoods of the Gods - Being miniatures relating to the Temples.

The Palace of Ever-Glorious War - Being our strictly military range - that is, the legions of Tsolyánu - the Empire of the Petal Throne - and it's enemies.

The Palace of Foreign Lands - Being our ranges of alien races that are often friendly and allied with mankind. And also cultures beyond the border of the Petal Throne.

The Heroes of the Age - Here reside our character figures - heroes and the like that don't really fit into any of the other categories.

The Underworld - Being our range of creatures found in the depths of Tékumel's Underworld.

The Inimical Races - lists our ranges of the foes of mankind - those alien races that are enemies of the Petal Throne and indeed, humanity in general.

David Allan Designs (DAD) - a range of 3D printed designs created by David Allan initially for his own use but now offered to the public via the Tékumel Project. Note that the Tékumel Club discount does not apply to DAD products.


How do I make an Order?

Send an email to green27 AT sympatico DOT ca 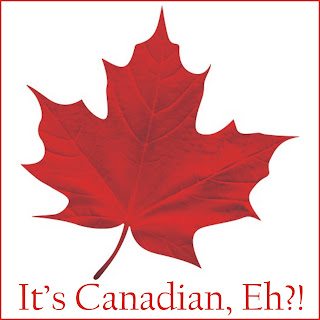 This applies only to Tekumel Project miniatures. David Allan Designs (DAD) Products are currently still in US Dollars. Just to make things complicated!

Pricing depends upon the item, but in general we try to group the figures into Warbands and Hordes.

A Warband consists of 10 troopers and typically 3-4 command or character figures.

A Hordes pack consists of 10 troopers without the command.

Single figures may also be purchased in most cases.

Special figures, special sets and vignettes are priced depending upon the set.


How much is Postage?

Postage is charged at COST as determined by the destination and shipping method - air or surface.